Minister of Environment and Climate Change Catherine McKenna is reflected in a television display as she speaks during a press conference on Canada's climate plan, in the National Press Theatre in Ottawa on Thursday, Dec. 20, 2018. THE CANADIAN PRESS/Justin Tang

A few weeks ago, Catherine McKenna, Canada’s environment minister, delivered a powerful and heartfelt address, highlighting both the Liberal government’s and her own personal commitment to meeting the environmental challenges facing Canada. The speech in Toronto garnered positive responses from the media in attendance.

For myself and many in the audience, however, the most dramatic moment of the event occurred at the end. A visibly nervous young woman stood up and challenged the minister on the government’s environmental record, even though McKenna was not taking questions.

The woman asked about the government’s purchase and ongoing support of the Trans Mountain pipeline expansion from Alberta to British Columbia.

To her credit, McKenna engaged with her questioner and followed up with a more private conversation. Yet the moment seemed to vividly illustrate the challenges the Liberal government has set itself up for regarding environmental issues leading to the October 2019 federal election.

Carbon pricing
On the one hand, the government has established a relatively strong record of action on environmental issues. Most notable has been its determination to carry forward with its carbon pricing initiative, the centrepiece of its overall plan to meet Canada’s greenhouse gas emission reduction commitments under the 2015 Paris Climate Accord.

This has been despite vociferous opposition from newly elected Conservative provincial governments in Ontario and Alberta, as well as ongoing challenges from Saskatchewan and others. The government has also advanced the dates for a national phase-out of coal-fired electricity generation and is moving forward with proposals for low-carbon fuel standards, among other things. 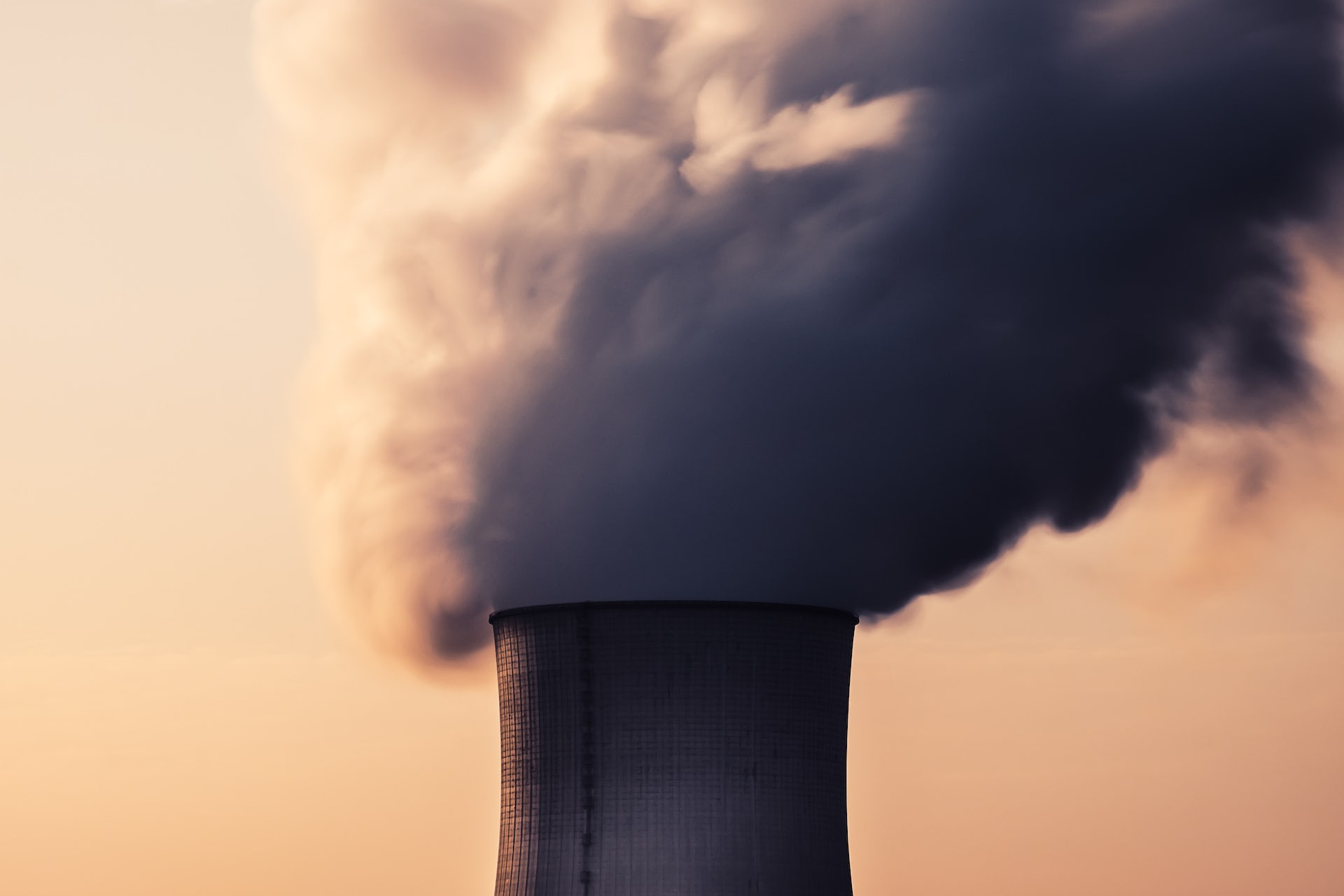 Canada’s Liberal government has been strong on efforts to phase out coal-fired electricity generation. Thomas Millot/Unsplash

On the other hand, the government has been surprisingly aggressive in its pursuit of new infrastructure intended to facilitate increased exports of fossil fuels, and by implication, expansions of the carbon-intensive production of bitumen from Alberta’s oilsands.

Such increases will make it difficult, if not impossible, for Canada to meet its Paris commitments.

Although it rejected the Alberta-to-B.C. Northern Gateway pipeline, the government has let the approval of the Canadian portion of the Keystone XL pipeline to the United States stand, along with approving the expansion of the Alberta-to- Wisconsin Line 3 pipeline, and most controversially, the twinning of the Edmonton-to-Vancouver Trans Mountain pipeline.

Bought the pipeline
The federal government then purchased the pipeline for $4.5 billion to ensure its construction. 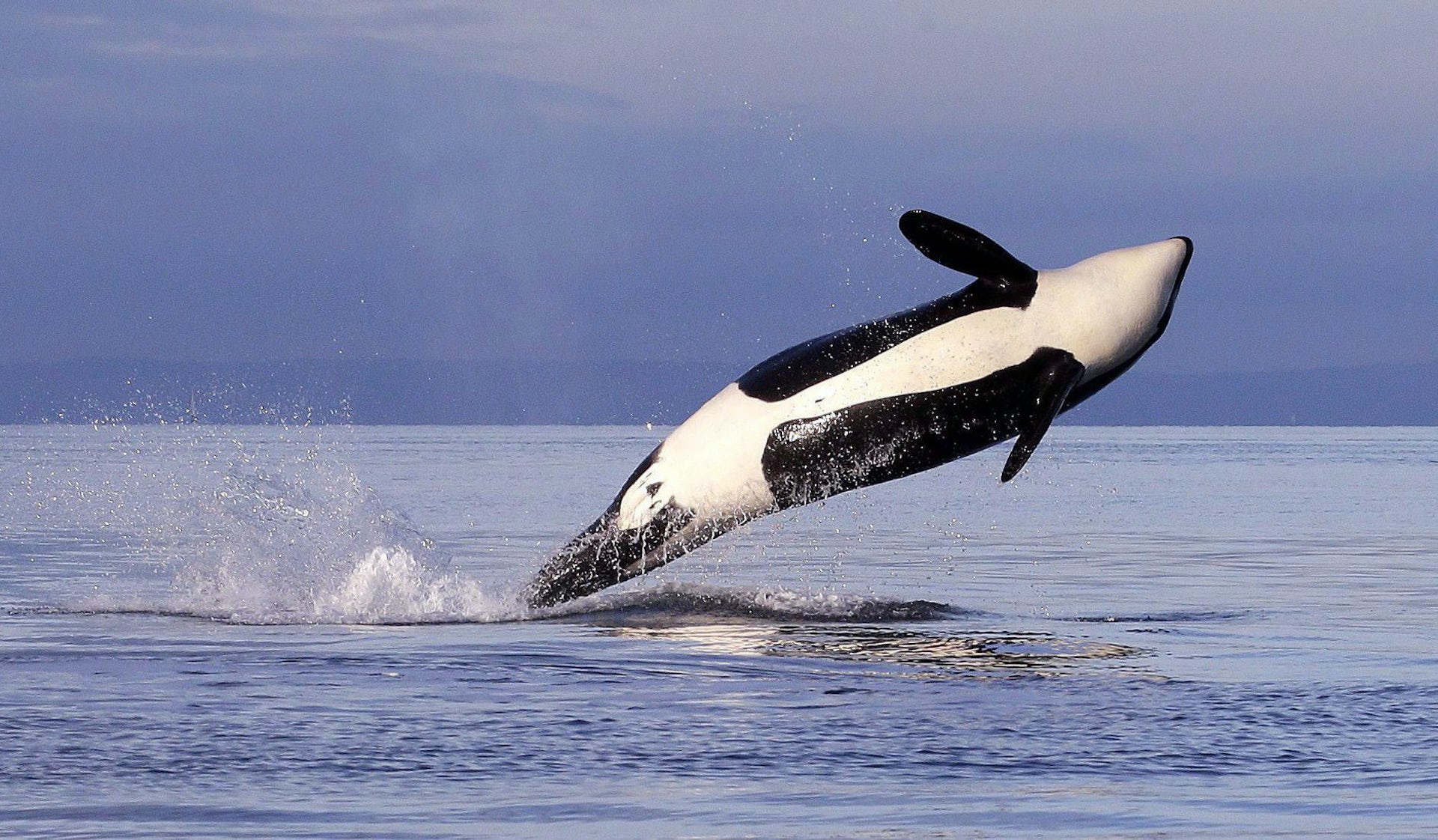 An endangered female orca is seen in the Salish Sea in January 2014. THE CANADIAN PRESS/AP, Elaine Thompson

Federal approval of the Trans Mountain project was rejected by the Federal Court of Appeal in August 2018. The court ruled there was inadequate consultation with the affected Indigenous peoples, and said the National Energy Board failed to properly consider the impact on marine wildlife of increased tanker traffic that would stem from the pipeline.

The National Energy Board’s subsequent reconsideration of the environmental components of the project acknowledged major risks, particularly to the endangered southern resident Orca population of the Salish Sea. But it recommended, on the basis of the anticipated economic benefits, that the project proceed anyway.

The government has signaled its intention to make a final decision on the project by mid-June. An approval is widely expected, along with further legal challenges from Indigenous peoples, affected municipalities and environmental groups.

The Liberals’ electoral success in 2015 was due, to a considerable degree, to their ability to consolidate centrist and progressive voters behind Trudeau, running on a platform that prominently featured environmental issues.

Vote-splitting
Conservative Stephen Harper’s election wins in 2006, 2008 and 2011, in contrast, were based on the splitting of those votes among the Liberals, NDP, Greens and, in Québec, the Bloc Québecois. It gave the Conservatives a path to victory despite receiving less than 40 percent of the popular vote in all three elections.

The Green Party’s recent electoral successes highlight the risks of the re-emergence of that vote-splitting phenomena. It won the federal byelection in Nanaimo-Ladysmith, became the official opposition in Prince Edward Island, holds the balance of power in British Columbia and has elected provincial members in New Brunswick and Ontario.

McKenna’s young questioner personified the chances of the federal Liberals losing younger, environmentally concerned voters to the Greens over the contradictions in the government’s approach to environmental matters, especially the handling of the Trans Mountain pipeline issue.

If this were not bad enough for Trudeau’s Liberals, a new crisis has emerged over the past few weeks from an unexpected source — the unelected Senate.

Senate maneuvering
The Conservative-dominated Senate committee on energy, the environment, and natural resources has made major amendments to Bill C-69, the government’s environmental assessment reform legislation, reportedly largely at the behest of the Alberta government and the oil-and-gas industry. The changes will significantly weaken an already feeble reform bill.

The Conservative majority on the Senate’s transport committee, for its part, has rejected another bill, C-48, which bans large oil tanker traffic on the West Coast. Although the full Senate has yet to weigh in on the bills, the situation presents serious challenges for the government.

Leaving aside the Constitutional issues arising from unelected senators making major amendments to legislation adopted by the elected House of Commons, capitulating to the Senate committee’s amendments to Bill C-69 and rejection of C-48 would further damage the government’s already uncertain record in the eyes of environmentally concerned voters.

This would especially be the case, for example, among the ridings in the lower mainland of British Columbia, where the Liberals made major gains in 2015.

Giving in to the Senate committees’ actions on the bills would likely drive more voters into the arms of Elizabeth May’s Greens, while the prospects of any electoral benefits from Alberta and Saskatchewan seem slim.

At the same time, it could increase the chances of a narrow Conservative federal election win, restoring a government that would prioritize the expansion of energy exports.

The government now finds itself called out, as it was at McKenna’s speech in Toronto, on those contradictions. How it responds is likely to have a major impact on the outcome of October’s federal election and the future of Canada’s environment and economy.

Trump lifts tariffs on steel and aluminum: how it benefits solar in Canada