Despite the rapidly growing demand for clean energy, few Nova Scotians are able to get panels installed quickly on account of red tape and other delays built into the development and installation process.

According to Nova Scotia Solar, a volunteer-led non-profit that advocates for clean energy adoption, the backlog of permits stands close to 1000 – a number so substantial, that it “risk[s] [eliminating] the summer install season [in its entirety] – a situation that would be colossally damaging to the budding solar industry, consumers, and the province’s climate goals. 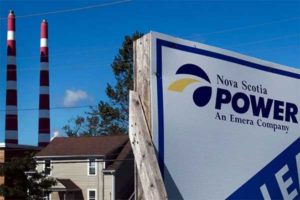 In an email statement from NSP’s communication director, Stacy O’Rourke, the utility company boasted about processing close to 650 permit requests – and recommitted to phasing out the permit backlog and eliminating coal-fired electricity.

But renewable energy advocates aren’t convinced and are pushing for broad-reaching regulatory reform, pointing to the company’s earlier attempt in 2022 to punish solar customers by way of a steep connection fee to the grid. Though the proposal did not move forward, it revealed the utility’s preferred policy direction as it garnered widespread condemnation.

Nova Scotia’s NDP critic for natural resources and renewables, Claudia Chender, said of the matter that her province is “not incentivized to bring on renewables at all, let alone in a timely fashion, and that’s a big problem.”

In many cases, utility companies are intrinsically discouraged from promoting growth in solar energy – as doing so can run contrary to existing business models. The vast majority of utilities in Canada are privately owned and publicly regulated, meaning they’re responsible to shareholders looking to maximize financial returns.

When a property owner purchases solar panels and begins producing their own electricity, utility companies become less profitable while infrastructure maintenance costs stay the same. But the solution is not to punish solar owners (which produce unaccounted for positive externalities), but rather for utilities to reinvest a greater portion of their profits into upkeep. While NSP was unsuccessful in its attempt to quell solar growth with fees, a recent pivot and embrace of delay tactics have proven more fruitful.

Nova Scotia’s minister of natural resources and renewables, Tory Rushton, has not ruled out regulatory changes to alter the functioning of NSP, though as of right now, no legislation has been tabled.

Ultimately, if swift action is not taken to eliminate the solar permit backlog, government intervention will be required to prevent NSP from undermining the province’s solar industry and exploiting its customers. A lack of action would disadvantage Nova Scotians by limiting their options for cheaper electricity, restricting cleantech investment, and perpetuating dirty coal as an energy source during a climate and public health crisis.