The Battery Passport will offer a digital representation of a battery conveying information about all applicable environmental, social, governance and lifecycle requirements based on a comprehensive definition of a "sustainable" battery. It will not only enable transparency, standard setting and progress tracking of the entire industry over time. (Global Battery Alliance)

In January of 2020, the World Economic Forum’s Global Battery Alliance (GBA) introduced ten guiding principles to develop a sustainable battery value chain by 2030. Some of the principles include: maximizing battery productivity, prioritizing energy efficiency, circular recovery of battery materials, enabling a productive and safe second life use, ensuring transparency of greenhouse gas emissions and their progressive reduction, and increasing renewable energy use.

The GBA also announced the notion of a “Battery Passport.” The “Passport” is described as a global quality seal and verification tool on a digital platform that will share value chain data of batteries used in electric vehicles.

The Battery Passport and accompanying guidelines are aimed at promoting social and environmental sustainability on the global stage, by ascertaining that finalized battery products be ethically sourced, produced, and recycled.

“We all need batteries to power the clean revolution. However, we must ensure violations of human rights do not occur anywhere in the value chain, that local communities benefit, and that battery production is sustainable. These guiding principles are an important first step to build a value chain that can deliver on this promise while supporting societies and economies at the same time”, said Dominic Waughray, Managing Director, World Economic Forum.

The passport will act to “provide a quality seal on a global digital platform for sharing value chain data of batteries.” The project brings together private and public partners, including Umicore, the World Business Council for Sustainable Development, the World Bank, and UNICEF. The first of its kind, the Battery Passport is expected to address areas including compliance with human rights and environmental footprints.

Energy, automotive, mining, and chemical businesses are among the industries represented.

The need for a Battery Passport reflects the reality that the sourcing quality of battery materials and regulatory compliance varies worldwide. As global economies grapple with the struggle of decarbonization, the demand for battery materials will skyrocket.

Research by the GBA suggests that the need for batteries will increase by 19x by 2030, with growth primarily coming from the transport and energy sectors. Lithium, nickel, cobalt, graphite, manganese, copper, and aluminum are among the metals most important for Li-ion batteries.

Unfortunately, the mining and processing of these materials are often done using child labor and without regard for environmental preservation. As many as one million children are estimated to be impacted by mining activities in the Democratic Republic of Congo (DRC), which supplies most of the world’s demand for cobalt. The DRC is also commonly home to “artisanal miners,” which rely on workers (often children) to extract the cobalt by hand without protective equipment.

Water usage and contamination is another major hurdle needing to be overcome. The lithium triangle, which includes parts of Argentina, Bolivia, and Chile, is one of the driest places on earth. Extracting lithium from this area is incredibly water-intensive, with approximately 500,000 gallons needed to produce one tonne of lithium.

As much as 65% of the water in Chile’s Salar de Atacama region is used for mineral extraction, causing many local communities to rely on imported water. This also places strain on local agriculture. Water shortages and contamination, greenhouse gas emissions, and child labor are all problems that can be solved or lessened with regulatory oversight.

The Battery Passport demonstrates the GBA’s commitment to ensuring that vulnerable communities do not come at the expense of fighting climate change.

The Battery Passport is now entering trial phases, with legislation expected to be passed this year. This legislation will likely contain due diligence obligations for battery producers to display the origin of the materials sourced in their Li-ion batteries.

Ambitious plans are in the works across Europe to scale up domestic production of Li-ion batteries. Europe currently accounts for only 7% of global Li-ion battery development; however, this number is expected to rise to 25% by 2030.

The introduction of the Battery Passport will have substantial ramifications for the mining industry, as ensuring regulatory compliance will significantly disrupt current production methods. Increasing the sustainability standard of the Li-ion battery supply chain will offer significant opportunities for companies able to adapt quickly. Elon Musk has even gone as far as saying there’s a “giant contract” out there for whichever mining company can supply Tesla the nickel needed for car batteries at low cost and sustainably.

The majority of industrial-scale nickel projects are found in Southeast Asia and have large carbon footprints because they rely on coal.

Graphite is currently a fundamental part of all Li-ion batteries, regardless of cathode chemistry. It is the weightiest constituent of most battery installations. The Tesla Model S contains up to 85 kg of graphite, while grid storage solutions need much more.

Graphite comes in two forms: natural graphite from mines and synthetic graphite from petroleum coke. Both types are used as Li-ion anode material, with 55 percent gravitating towards synthetic and the balance to natural graphite. China has dominated natural graphite production, but supply is becoming more diversified with many new projects, particularly in Africa, are being developed in response to burgeoning demand from the battery sector. But this demand is clearly set to run headlong into the surprisingly dirty supply-chain realities of graphite.

This is the crux of the emissions and environmental responsibility issue. Natural graphite is produced by crushing and then roasting a product mined from geographic areas with questionable political and mining practices and shipped halfway across the world for use in manufacturing. In contrast, synthetic graphite is a byproduct of coal mining or oil refining.

Also, graphite’s performance as a battery anode acts as a limiting factor in making better batteries and expanding their applications. Graphite anodes exhibit only a moderate intrinsic specific capacity and present serious safety concerns due to lithium plating and further formation of lithium dendrites. Among all potential Li-ion battery anodes, silicon is one of the most promising candidates to replace graphite due to the fact that it possesses a high gravimetric capacity and volumetric capacity to lithium metal. To use silicon in Li-ion anodes, the compound has to be purified and processed into nanoparticles. High-purity silicon is produced commercially by reducing Silica (SiO2) with carbon in an electric furnace. A recently proven Carbothermic process (patent pending) called the PUREVAP™ Quartz Reduction Reactor (QRR) Project, developed by Quebec based HPQ Silicon, has successfully produced transformed and purified quartz, mined in Quebec, into high purity silicon metal (4N+ Si) in one step.

Producing high purity silicon for the North American battery industry locally, while respecting GBA’s sustainability guidelines could cause significant disruption in the current battery material supply mix. Displacing coal and other fossil fuels from the battery manufacturing life cycle as quickly as possible should be a top priority for any market sector or government.

That standing, the environmental impact of battery systems must be acknowledged, especially as intermittent energy sources like solar and wind proliferate, which in turn increases the demand for battery storage. 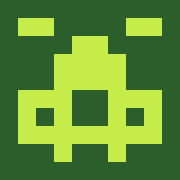 Bernard Tourillon
Mr. Tourillon is the Chairman, President, CEO, and Director at HPQ Silicon Resources INC. He is transforming the company into a leading producer of innovative silicon solutions. Since 2006, he has participated in fundraising activities and financial transactions, for the company, worth over $12 million.