The Renewable Energy Buyers Alliance (REBA) is a membership association for businesses and organizations seeking to procure renewable energy across the United States.

By working to unlock the marketplace for organizations to buy renewable energy, REBA hopes to bring more than 60 gigawatts of new renewables online in the United States by 2025.

With offices in Washington, DC and Boulder, Colorado, the new membership organization will span diverse industries and businesses, whose leadership circle alone represents annual revenues of $1 trillion and over 1% of US annual electricity consumption (48 terawatt-hours).

“Every enterprise—whether it’s a bakery, a big-box retailer, or a data center—should have an easy and direct path to buy clean energy. Ultimately, sourcing clean energy should be as simple as clicking a button,” said Michael Terrell, head of Energy Market Strategy, Google, and REBA’s first board chair. 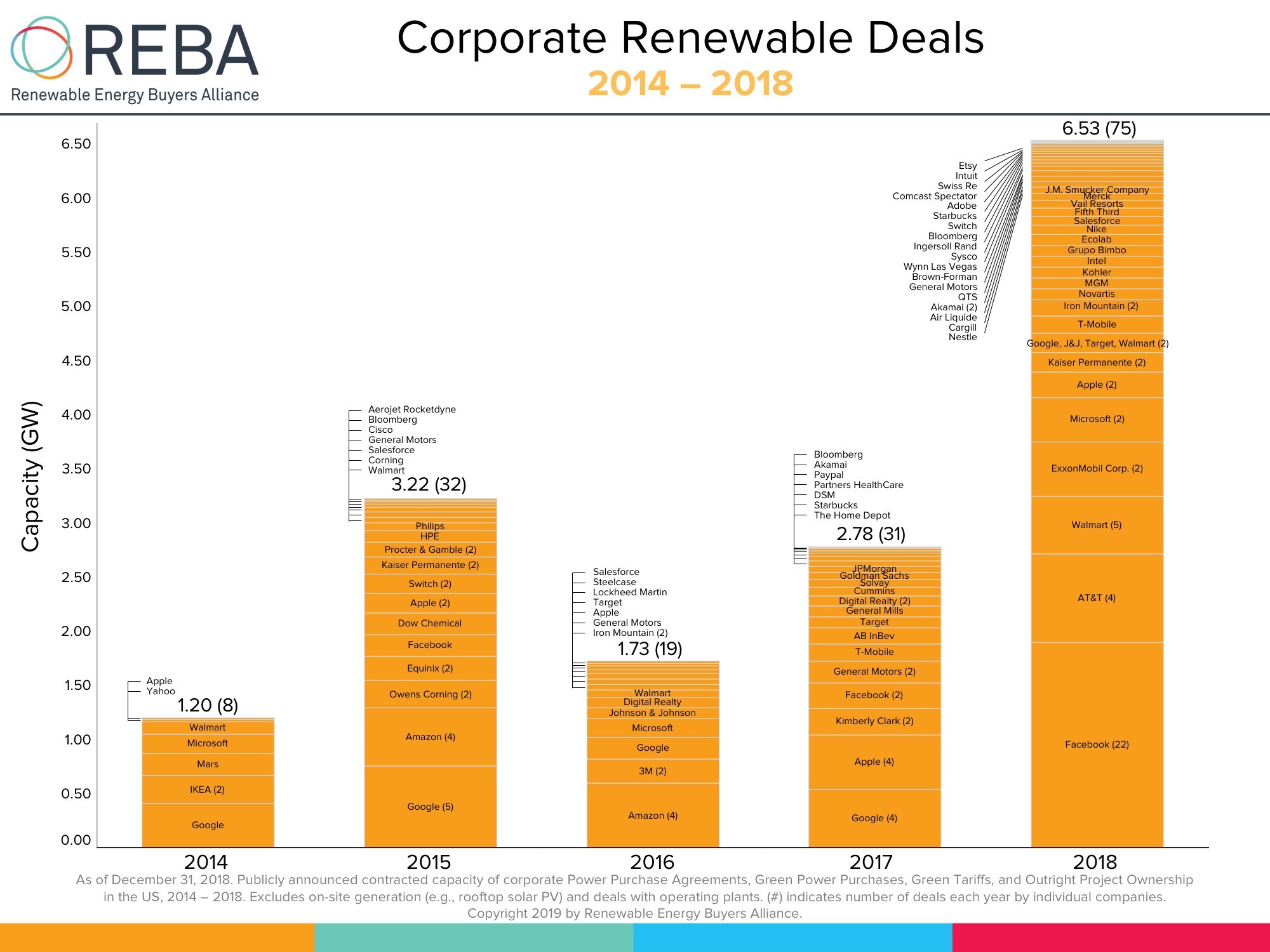 REBA’s vision of tomorrow’s energy marketplace is simple and powerful: a resilient carbon-free energy system where every organization has an easy and cost-effective path to buying renewable energy.

Commercial and industrial energy users were responsible for more than 2 billion tons of greenhouse gases from energy use in 2018. Mitigating these emissions is part of the reason why over 70% of Fortune 100 companies have set greenhouse gas emissions reduction targets or renewable energy purchasing goals.

“Today’s REBA launch demonstrates that large energy buyers from across every sector are committed to doing their part to solve this problem,” said Rob Threlkeld, global manager, Sustainable Energy/Supply Reliability at General Motors.

Membership is available to nonresidential energy buyers, clean energy developers, and other service providers. The association aims to open energy markets and offer greater choice for corporate energy buyers, focusing on innovations in policy, markets, and technology as well as educational training.

“Never before has such a diverse group of organizations, from every industry, come together to form an association with a single, market-focused, mission-driven vision of a zero-carbon energy future,” said REBA’s inaugural CEO and former US Air Force executive, Miranda Ballentine.