The Solar Energy Industries Association® is the national trade association of the U.S. solar energy industry, which now employs more than 250,000 Americans. Through advocacy and education, SEIA® is building a strong solar industry to power America. SEIA works with its 1,000 member companies to build jobs and diversity, champion the use of cost-competitive solar in America, remove market barriers and educate the public on the benefits of solar energy.
KEY POINTS

Washington, D.C. — Tariffs on imported solar cells and modules have led to the loss of more than 62,000 U.S. jobs and $19 billion in new private sector investment, according to a market impact analysis released by the Solar Energy Industries Association (SEIA).

The analysis comes as the midterm review process for the tariffs begins at the U.S. International Trade Commission on Dec. 5, and covers tariff impacts from the beginning of the 2017 trade complaint by Suniva through the end of the tariff lifecycle in 2021.

“Solar was the first industry to be hit with this administration’s tariff policy, and now we’re feeling the impacts that we warned against two years ago,” said Abigail Ross Hopper, president, and CEO of the Solar Energy Industries Association. “This stark data should be the predicate for removing harmful tariffs and allowing solar to fairly compete and continue creating jobs for Americans.” 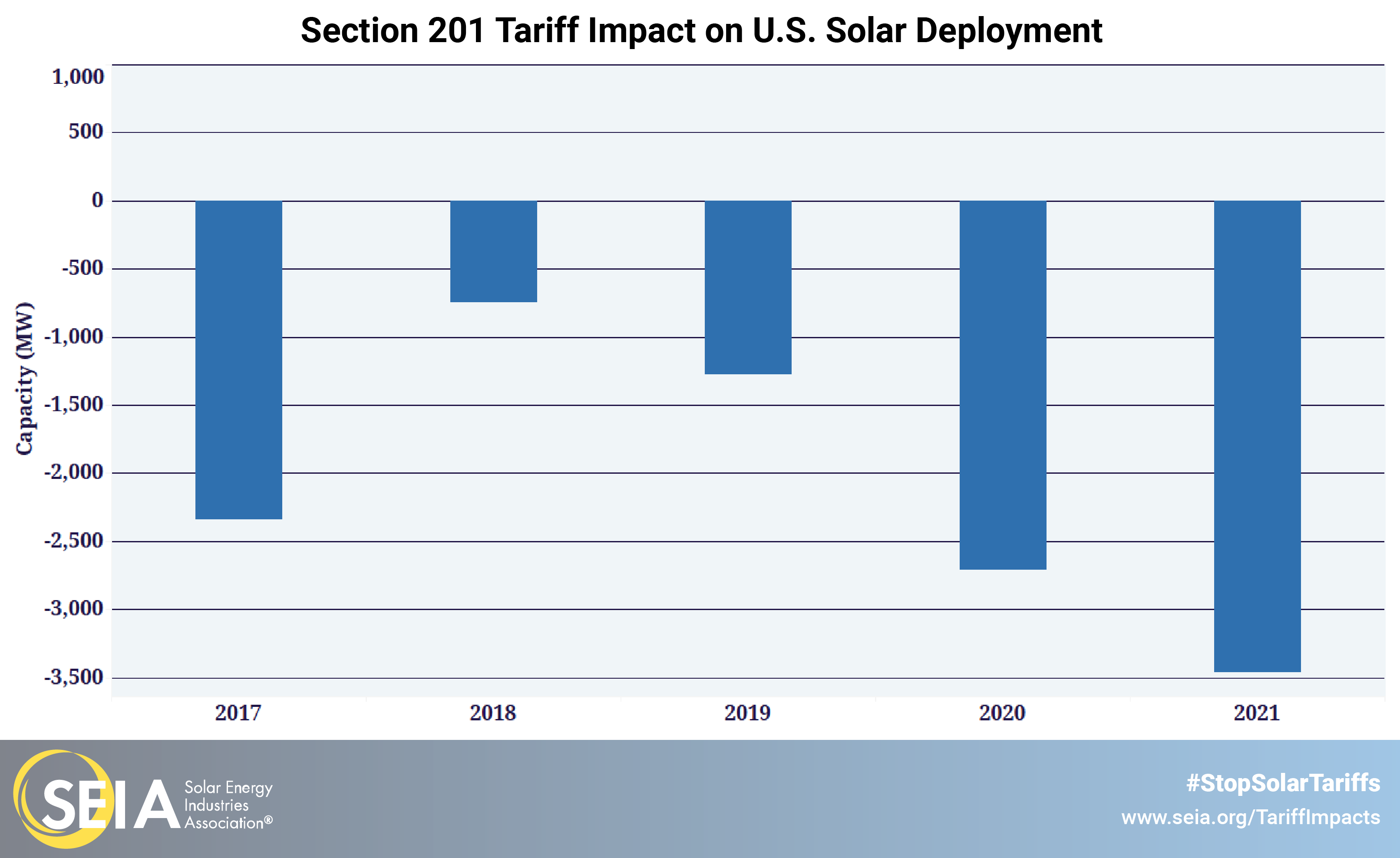 In addition to its economic impact, tariffs on solar have caused 10.5 gigawatts (GW) of solar installations to be canceled, enough to power 1.8 million homes and reduce 26 million metric tons of carbon emissions.

KEY FIGURES FROM THE ANALYSIS: 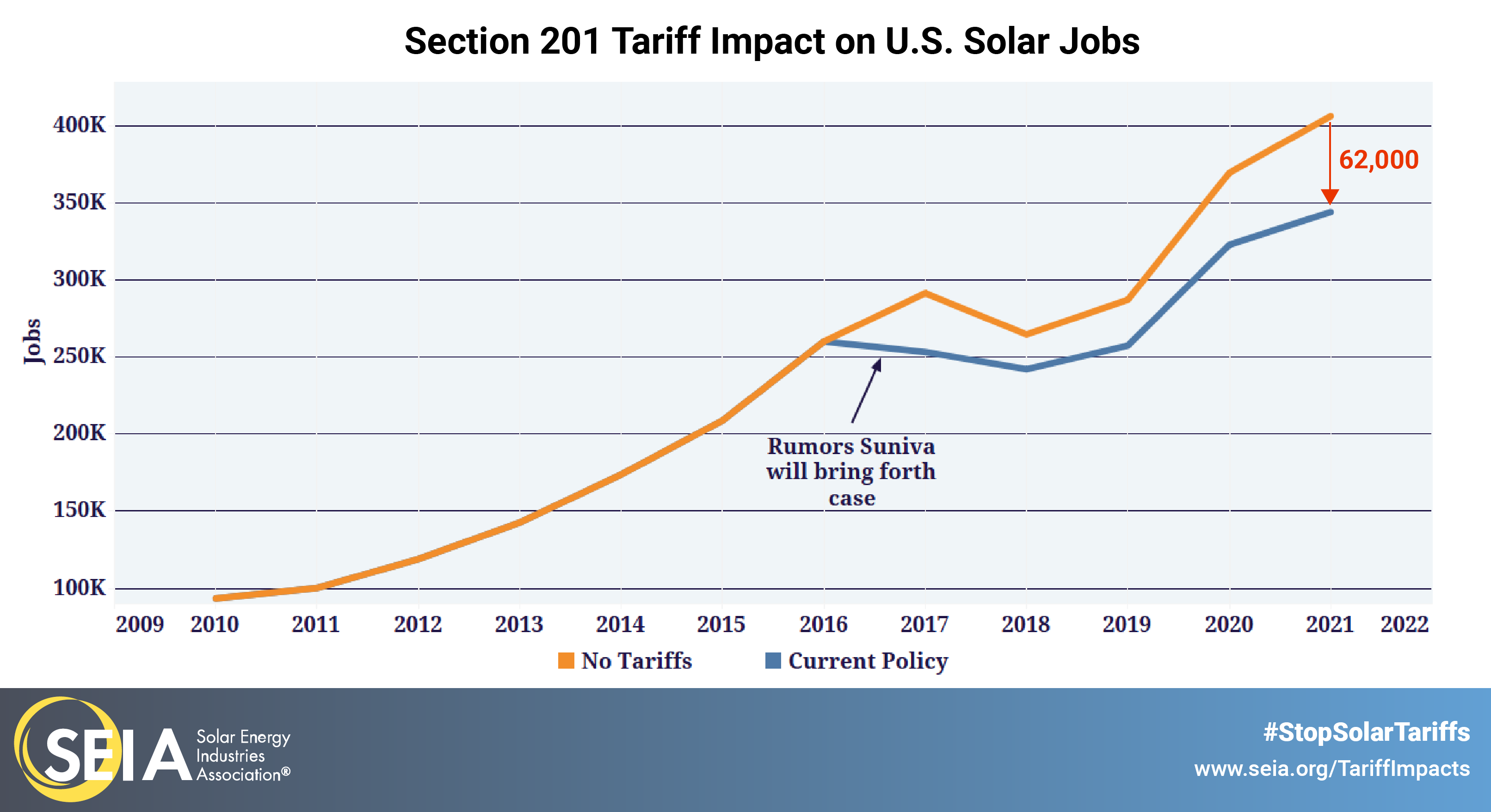 Tariffs on solar are most harshly affecting nascent solar markets including Alabama, Nebraska, Kansas, and the Dakotas. These markets won’t be able to get off the ground because tariffs make solar uncompetitive.

Press are encouraged to attend a Dec. 5 hearing at the U.S. International Trade Commission on Section 201 solar tariffs. Beginning at 8:30 AM, solar workers and allies will rally outside of the Commission building to urge the administration to #StopSolarTariffs.