Arctic sea ice is one of the most visible indicators of our changing climate /U.S. NATIONAL SNOW AND ICE DATA CENTER

This article was written by Dianne Saxe (McMurtry Fellow at Osgoode Hall Law School, York University, Canada) for The Conversation, an independent and nonprofit source of news, analysis, and commentary from academic experts.

There is a serious erosion of democracy underway in Canada.

Elections Canada is preventing environmental charities from telling the truth about the climate crisis during this fall’s election when it will be a critical issue.

Elections Canada’s job is to run elections that are fair and trustworthy so that the government chosen by Canadians will have a legitimate right to govern. But Elections Canada is reducing the trust Canadians can have in this fall’s election by improperly silencing public outreach by environmental charities.

What Elections Canada is doing is wrong, is harmful to this election and is dangerous to Canadian democracy.

The Oct. 21 election will be Canada’s first under a new version of the Canada Elections Act. The act was amended in December to “improve Canadians’ trust and confidence in Canada’s electoral system” and to prohibit foreign entities from spending to influence elections.

After the blatant foreign interference in the 2016 presidential election in the United States, there were good reasons for Canada to take precautions. The problem is this. Elections Canada is muzzling public outreach by charities about the climate crisis, just when it has never been more urgent for the public to understand it.

Public advocacy, not partisan activity
How are they doing so? Under Canadian law, charities are allowed a certain amount of “political activities” but cannot engage in “partisan activities.” The Canada Elections Act clearly defines the difference — one that Elections Canada is ignoring. 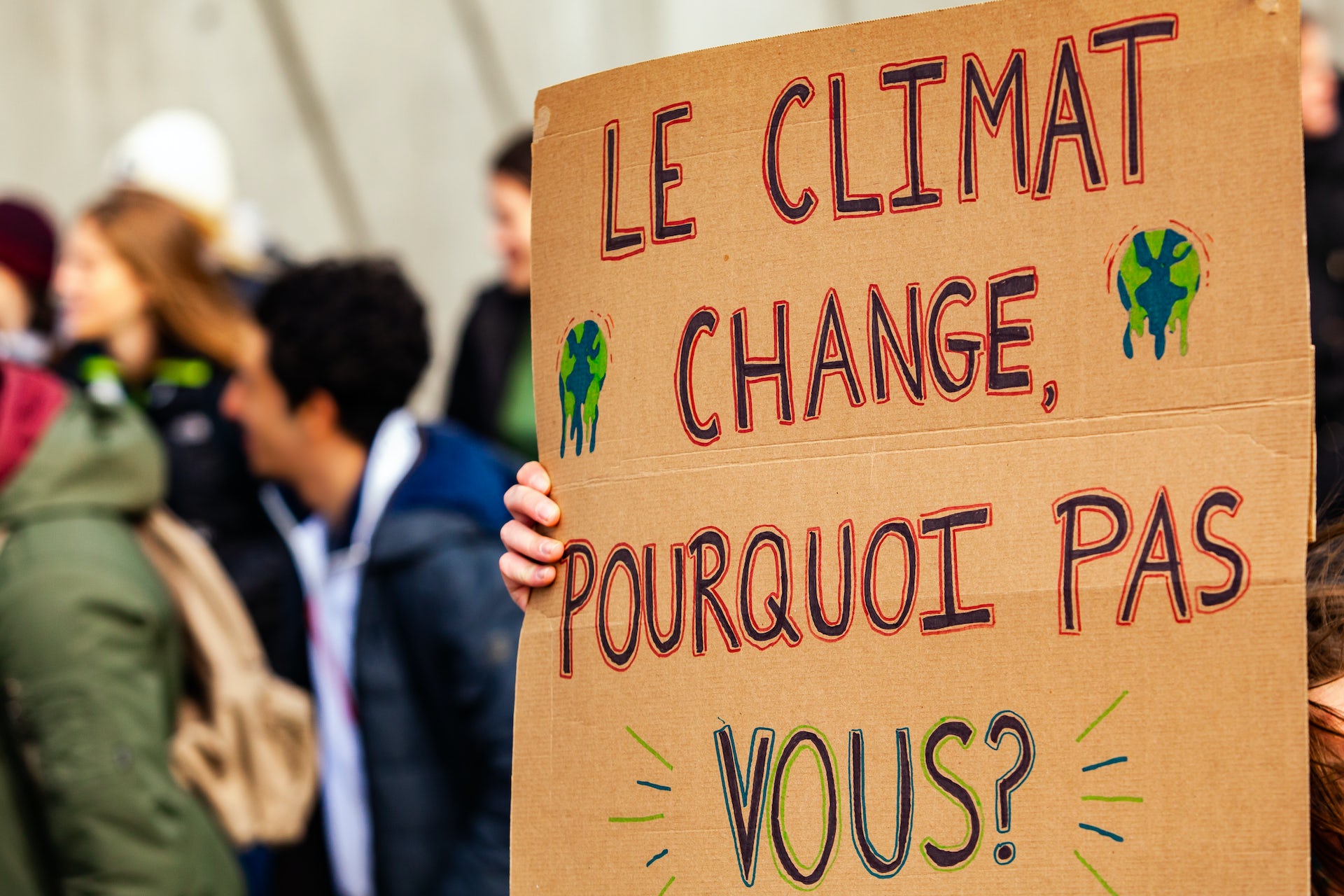 A sign at an ecological activism march in Montréal. Shutterstock

“Partisan activities,” which charities cannot do, whether an election is on or not, are about parties and candidates, not about public policy. This is clearly defined in the Canada Elections Act. For example:

partisan activity means an activity, including canvassing door-to-door, making telephone calls to electors and organizing rallies, that is carried out by a third party — a person or group other than a political party that is registered under an act of a province — and that promotes or opposes a registered party or eligible party or the election of a potential candidate, nomination contestant, candidate or leader of a registered party or eligible party, otherwise than by taking a position on an issue with which any such party or person is associated. It does not include election advertising …

In contrast, “political activities,” which charities can do, regardless of whether an election is on, are about public policy. This includes policy advocacy or communications aimed at changing hearts and minds with respect to a cause like poverty or the climate crisis, and its causes and remedies.

These activities make a valuable contribution to public policy development in Canada. In the landmark case, Canada Without Poverty vs. Attorney General of Canada, the Superior Court of Ontario recognized the “imperative that charities fully engage, not minimally engage, in various forms of public advocacy.”

Policy advocacy is protected by the Canadian Charter of Rights and Freedoms’ guarantee of freedom of expression, and is essential to achieving many charitable purposes. For example, poverty, like the climate crisis, cannot be solved by individual action alone. Giving someone a handout, or an LED bulb, will never be enough without broader government action.

Factual assertions now partisan
During an election, election advertising, which is specifically excluded from “partisan activities,” is a type of political activity that charities and other third parties are permitted to do. This includes ads that take a position on an issue with which a registered party or candidate is associated.

If the charity spends more than $500, it must register and report to Elections Canada about their paid “election advertising.” The cost and administrative burden of this registration and record-keeping discourages some charities, but there is a legitimate public purpose for it. 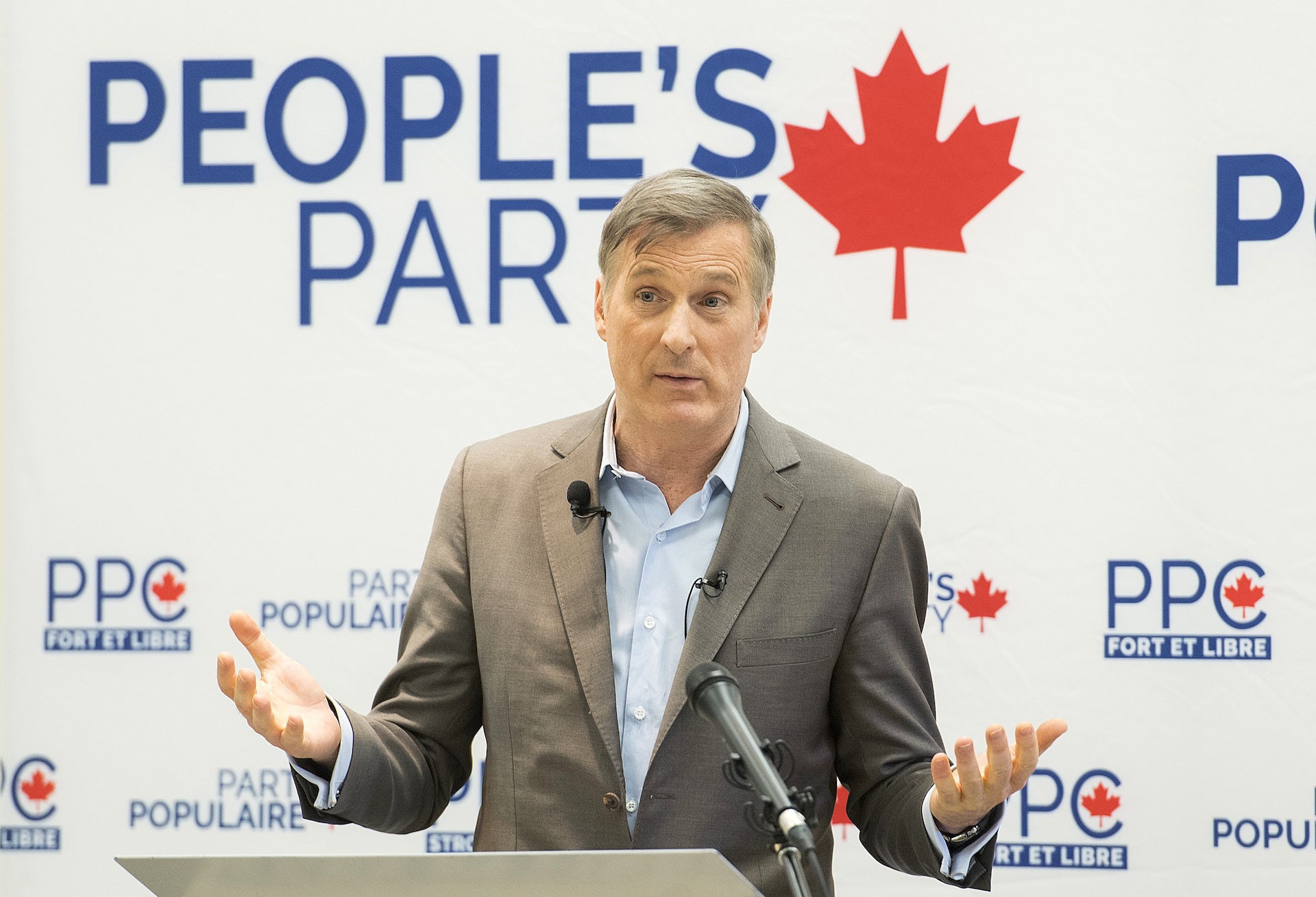 People’s Party of Canada Leader Maxime Bernier said ‘there is no climate change urgency in this country’ at an event in Toronto in June 2019. THE CANADIAN PRESS/Graham Hughes

What’s new and dangerous is this: because Maxime Bernier and members of his People’s Party of Canada are climate deniers, Elections Canada now insists that factual assertions about climate science and policy are “partisan.”

If we get a Flat Earth party, will gravity and the shape of the world become “partisan?” Would an anti-vaxxer party make medical science “partisan?”

I wrote this article because two charities told me Elections Canada specifically warned them that factual assertions about climate were “partisan.” They said this warning was given both orally and in a webinar. The Canadian Press reported the same assertion.

Elections Canada now denies it ever suggested that factual assertions about climate are partisan, although there is no explicit disavowal in the statement released by the Chief Electoral Officer in the wake of the media reports.

The Chief Electoral Officer should clearly state, in writing, that paid advertising and other communications to the public about climate change are not “partisan activities” or “partisan advertising.”

Political audits
Canada’s charities are hypersensitive to any accusation of being “partisan,” because so many of them were harassed and exhausted by the 60 “political activity audits” that former prime minister Stephen Harper launched in 2012.

Harper had Revenue Canada spend millions of dollars of public funds to put charities — including environmental charities — under the microscope, perhaps in the hope of blunting their opposition to oil pipelines. The years of exhaustive audits scared off donors but found nothing of importance.

The difference between “partisan” and “political” may not be obvious to some, but it is not new and should not be hard for Elections Canada to tell apart.

Elections Canada’s unwarranted insistence that climate science and policy are “partisan” is already damaging this election. At least one place of worship has pulled out of hosting an all-candidates’ environmental debate. Leading environmental charities, like Environmental Defence, have decided they can’t take the chance and have bowed out of public outreach on climate until after the election.

With provincial governments, like Ontario, nowhere to be found on the climate crisis, that leaves climate deniers free to peddle statements that are misleading or false, while muzzling those who devote their lives to what is accurate.

How can the public make an informed choice when the most trustworthy sources of non-partisan information are silenced?

This is an outrage.

——
This article is written by Dianne Saxe (McMurtry Fellow at Osgoode Hall Law School, York University, Canada) for The Conversation, an independent and nonprofit source of news, analysis, and commentary from academic experts.

Dianne Saxe does not work for, consult, own shares in or receive funding from any company or organization that would benefit from this article, and has disclosed no relevant affiliations beyond their academic appointment.