Now listing a 4kW array of panels as costing $7,980 after a federal tax credit

published on April 30, 2019 Comments Off on Tesla slashes solar panel pricing by more than 38 percent in attempt to revive sales 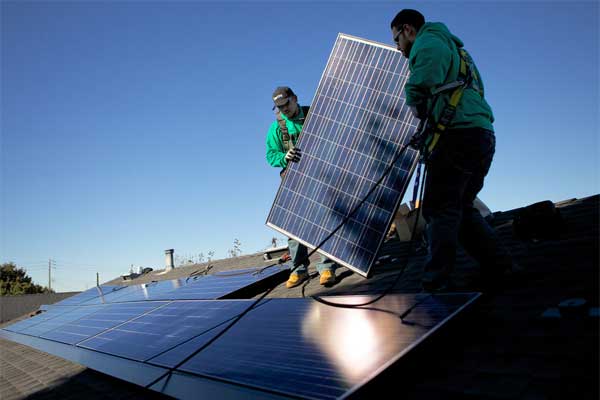 In a bid to regain its status, which it lost last year as the #1 rooftop solar company in the U.S., Tesla is cutting prices of its solar panels by as much as 38 percent below the national average.

The company has started selling solar panels and related equipment less than the national average price by standardizing systems and requiring customers to order them online.

The Verge notes that the company’s popular online configuration tool now lists a 4kW array of panels as costing US$7,980 after a federal tax credit, which works out to just over US$1.99 per watt including installation.

Depending on where customers live, the price per watt could drop as low as US$1.75, which is 38 percent less than the national average of US$2.85, and much less than Tesla charged previously.

Tesla executives said these changes should put to rest concerns that the company, better known for its luxury electric cars, has neglected its residential solar business, reports The New York Times.

Tesla entered the solar market after acquiring SolarCity for US$2.6 billion plus the assumption of another US$3 billion in SolarCity debt back in 2016.

This was a surprise move that sent tremors throughout Wallstreet as investors and industry observers said the company was stretching itself too thin, and may not survive the coming years.